For my next birthday? I’ll have what Michelle Obama is having …

Looks can be deceiving.

Take First Lady of the United States Michelle Obama. At first glance, it would appear that the First Lady of Awesome and I have not much in common. She’s a lawyer. I struggle to comprehend the fine print on speeding tickets.

She is routinely listed in the Top 10 Best Dressed Women In the World. I dubbed 2013 “The Year of the Elasticised Waist Band”.  She is the First Lady of the United States. And yesterday I forgot to have a  shower. So yeah. Whatever.

At least that’s what I was thinking yesterday. Yesterday when  I was yet to realise that Michelle Obama is my spirit animal.

You see,  just like me – for her upcoming birthday – MO wants to get the hell away from her family.

On 17th January, FLOTUS of Awesome turns 50.  FIFTY!  And you know what she’s doing? Strike that. Let me tell you what she’s not doing. She’s not arguing with Barack over whether to watch  a rom-com or Something Something Something Guns Armageddon Amnesia Explosion Mistaken Identity Sexy Double Agent Who Takes A lot of Sexy Showers Bad Russian Accent Matt Damon. Or conversely being made to sit through some B-grade 1970s horror movie where the monster is really just a Labrador dressed up in a wig.

She’s not spending her evening making Moroccan Chicken only to have her kids say “I hate chicken” or “I hate Morocco” (You hate Morocco? What the f?)

She’s not sitting through a puppet show or proofing a high school assignment on the secret life of ants or walking around the school netball courts searching for Malia’s school tracksuit jacket or trying to read a chapter of Goldfinch only to be interrupted 27 TIMES by every member of her family. She’s not looking at someone’s bottom because “It’s itchy, mama”.  She’s not going to the toilet with AN AUDIENCE.

Nope FLOTUS is having a holiday in Hawaii with Oprah and her girlfriends. AND NOT HER HUSBAND AND CHILDREN.

I’m so delighted by that I want to high-5 my computer screen.

Here’s what ABC News had to say about Mrs Obama’s Thelma and Louise style escape:

President Obama and daughters Sasha and Malia returned to the White House Sunday after a two-week vacation in Hawaii, but Michelle Obama stayed behind in the Aloha State as a bit of an early birthday gift from the president.
“This was her decision to remain at, actually, the president’s suggestion in Hawaii, to spend time with friends ahead of her upcoming very big birthday,” White House Press Secretary Jay Carney said Monday.  “If you have kids, you know that telling your spouse that they can go spend a week away from home is actually a big present.”
She’ll be 50 Jan. 17. 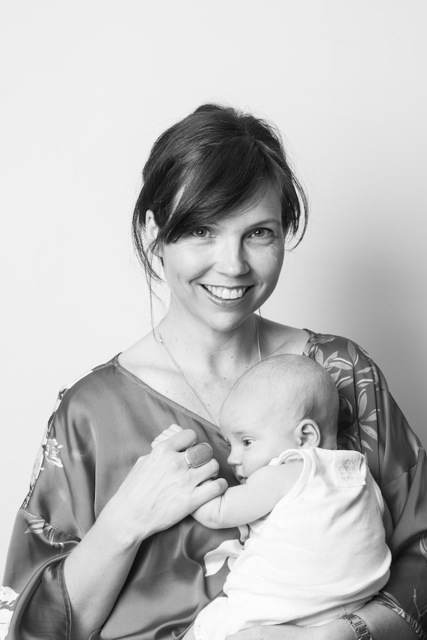 “I had a beautiful morning with my family and then with a song in my heart I hit the road and checked into a hotel for 24 hours of NOT BEING A SHERPA.”

Which just goes to show, it doesn’t matter how wealthy you are. It doesn’t matter whether you’re a working outside the home mum or  working from home mum or a stay at home mum or even the First Lady of the United States …. kids are annoying and at some point you would rather stick your head in the oven than sit through yet another flute recital.

Of course we love our kids.  But if my kids weren’t my kids, their behaviour would technically be classed as “stalking”. Just putting that out there.

Last year for my birthday, you know what I did? (That’s rhetorical, it would actually be a bit creepy if you knew what I did since we most likely have no met).

I went and stayed in a hotel BY MYSELF.

Oh yeah. I so did. I had a beautiful morning with my family and then with a song in my heart I hit the road and checked into a hotel for 24 hours of NOT BEING A SHERPA.

I slept in (okay, I didn’t because I’ve been getting up to children since 13BC but I could have slept in if I’d wanted to and that was the whole point).

I read more than one paragraph of a novel!

I ordered room service and took a bath and swanned around in a robe and didn’t speak because I am so sick of the sound of my own voice.

I love my kids. But I am never alone. NEVER. ALONE.  And sometimes, you just need to recharge, to get away and be YOU for 24 hours. Sometimes you just need to run away from home, in order to remember all the reasons why you want to run straight back.

And I did. After 24 hours away from Ava and Fin and Brad, I took my heavily pregnant self back to our house feeling rejuvenated.

So Michelle Obama, I love you more now than ever before.  Enjoy your birthday celebrations in Hawaii where you get to spend time not being Barack’s wife or Sasha and Malia’s mum or even FLOTUS but just Michelle who loves Tina Turner and pepperoni pizza and a mean apple martini (okay I made all that stuff up but stay with me …). On 17th January I’ll raise a half-drunk mug of cold tea to you and hope you enjoy every moment of your break. Go you good thing.